FOMC Day as well. Let the drama begin. If August is the target for the rate hike, this times really well with all the speculation for a September collapse (with the hike being the trigger). Of course there is hype on top of hype surrounding anything the Fed does, so take it all in with a pint or two today.

SPX 60m - Red wedge support holds. Price moves back thru Diagonal of Death resistance (2072 - a point I was eagerly watching). Price now just under old wedge resistance (blue 2085) that's been a key player for close to a year now. See below where price does not like to stay above this blue diagonal for very long. 2088 is the STB bull/bear line. Anything much over 2088 and a new ATH is almost virtually guaranteed. 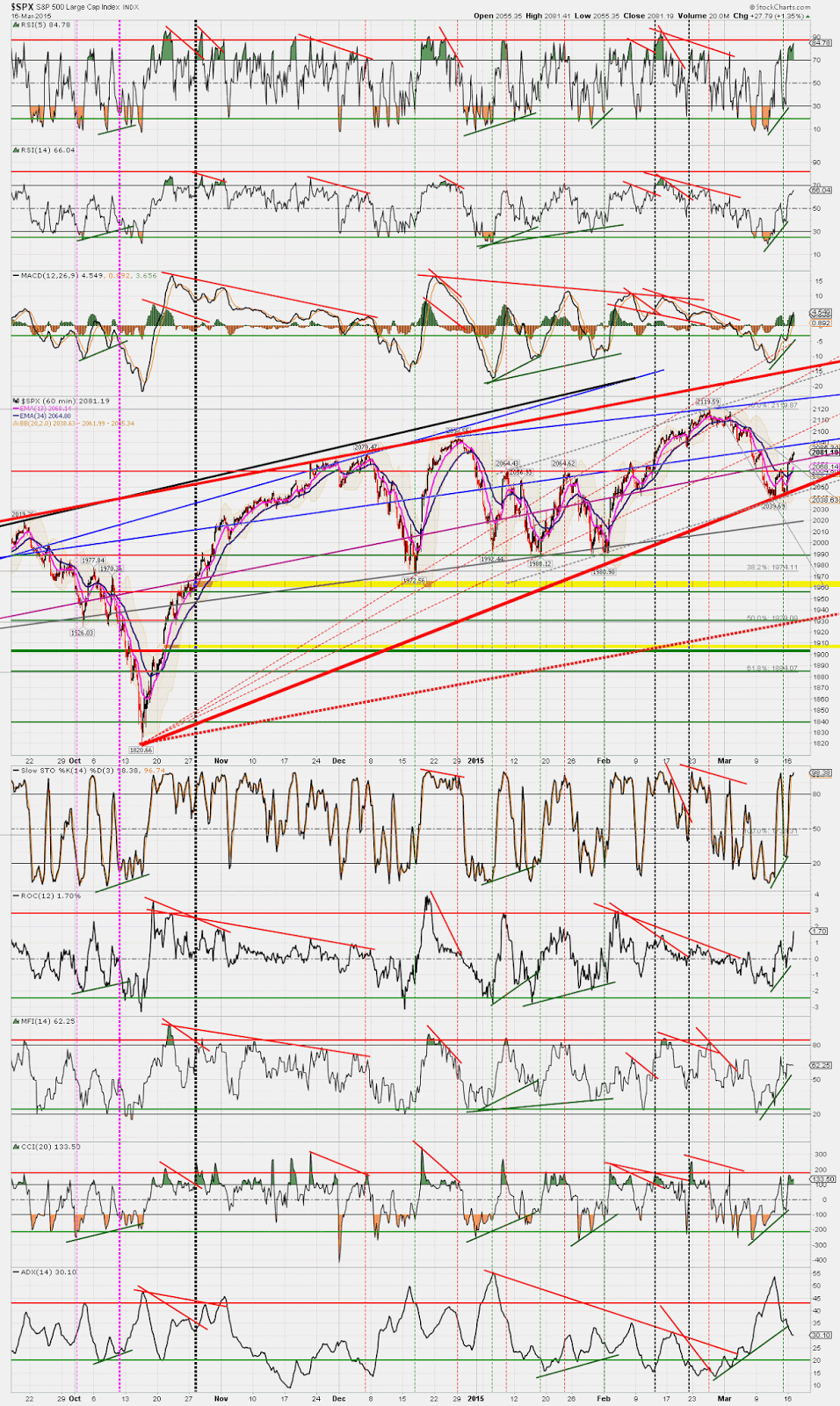 SPX Daily - The bear cross for the bull move is a tad late but is on the way. 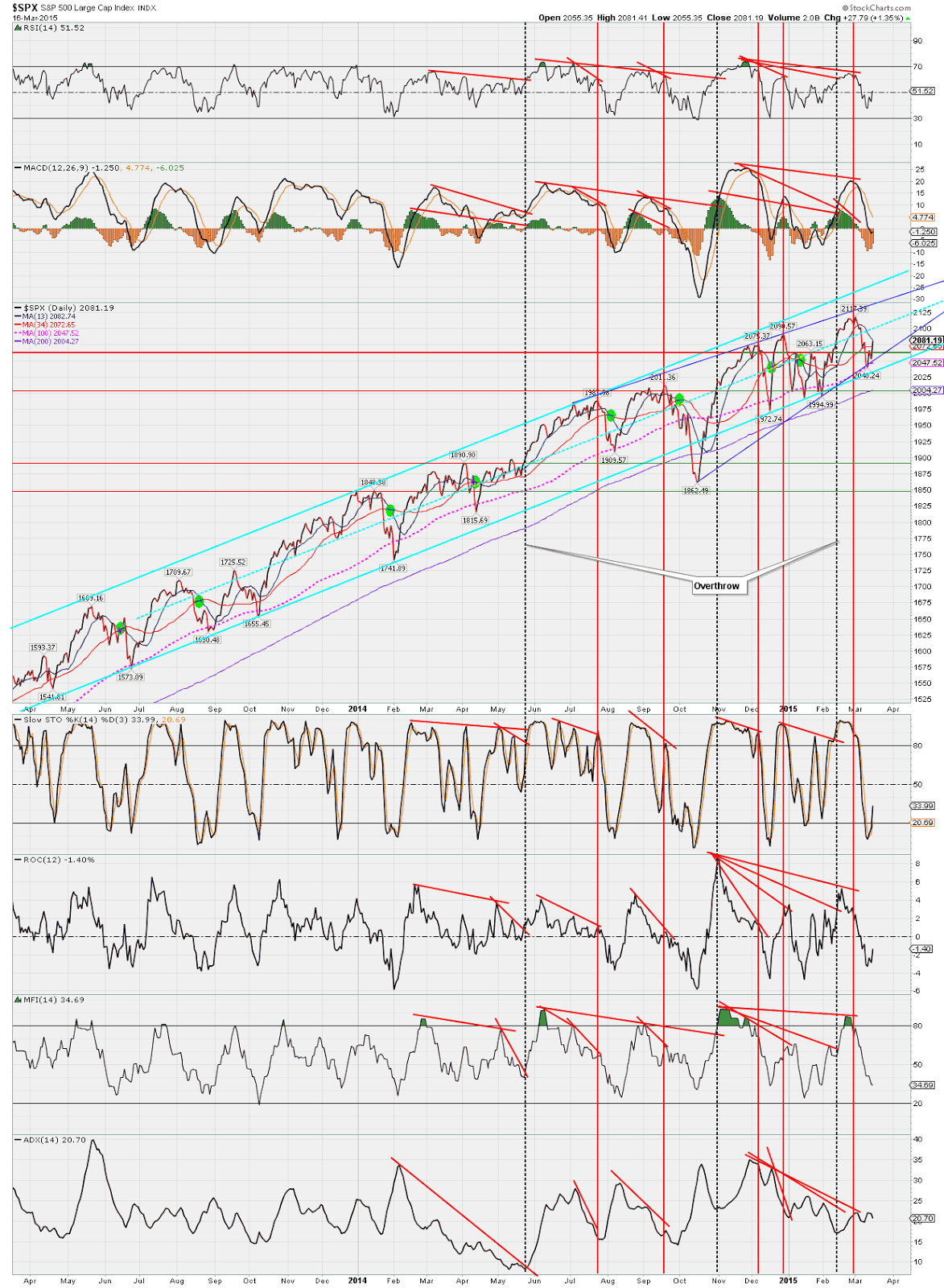 The Lies End Now: "Most Transparent Administration Ever" Is No More: White House To Delete Its FOIA Regulations -  Just how much will the sheeple allow? Police state. 1984. WTF? I hope at this point you are starting to believe in the possibility of the next presidential election being "postponed".


Not a freedom watch topic, but since I'm not gonna add a conspiracy or prophecy section I have no place else to put this. You know STB loves this sort of stuff - This is the end? Pope gives up cryptic hint (see papal prophecy here if you are clueless to this)

“The comments by Pope Francis regarding possible assassination or retirement and that he may not be the pontiff much longer make me wonder if he is a believer in his role as the last pope (pope No. 112 in the ‘Prophecy of the Popes’), which speaks of the destruction of Rome.”

Now if that does not start tying things together, I'm not sure what else does. This is from the proverbial horses mouth.
More to come below.