And I wake up to this? Futures Rise As European GDP Declines At Worst Annual Pace Since 2009 Really? Must remember, bad is good and good is good, nothing can be bad in our bubble where the Fed and this administration will control and manipulate everything. Mommy will build the Wall.

In my wildest dreams I never thought I'd be referencing The Wall in one of my posts when describing what was America, but here I am. I've had enough. Yesterday I wrote about the markets being nothing more than a distraction to reality, and last night that really began to sink in as I read Drudge and all the highlights surrounding the dark and heinous acts our government has been committing.

McCONNELL: 'We've Only Started to Scratch the Surface of This Scandal'...

FRANKLIN GRAHAM: IRS TARGETED US, TOO...

IRS requests stalled applications of conservative groups up to 13 months...

And that is just the top left corner of his site. This is Hope and Change folks. Hope for a police state run by power hungry criminals that are destroying our Constitution, and Change to a fascist totalitarian state. It is sickening. Could it be worse? Sure it can. Our Justice Department run by Holder is controlled by the administration that more than likely orchestrated the IRS, AP and Benghazi attacks.

And if you wonder any longer why my market coverage has deteriorated into the two P's, now you know why. Nothing is real in this country or on this globe anymore.

If I were a betting man, I'd say really soon would be a good time for either a really large false flag or for a larger war to break out. Who's gonna impeach a wartime president? (note:a lot of the conspiracy sites are pointing to the 19th as a key date.)

They are what they are till they aren't. There is really nothing more to say. Babbling on about this and that related to this rigged casino is really a waste of time. I wait for my "event" and till then little will change. Oh, that's right, they are considering backing off on the easing. Good luck with that. Telegraph that first move and they will lose 5% the first day. So hang on to your hats if that is coming. It is kind of astounding with the IRS, AP and other stuff going down that the markets are hangin tough (NOT!). What a crock. 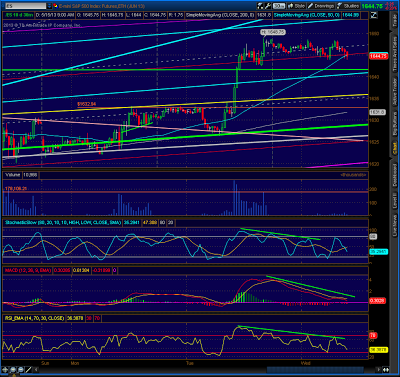 SPX Daily - dig that breakout move! And what did I tweet last August 02? That we had just entered a period of UNPRECEDENTED manipulation.

Blogger will not let me load this chart - It is kinda important as the most recent diagonal resistance was abused yesterday. Sorry.