How bout that end of day ramp action! Gotta love it. STB is really glad to note that the market rallied because, ....because, ....I'll have to get back to you on that one. I'm sure some other reason than an end of quarter statement print that the hedge funds had to have or the PPT salvaging 11,000 on the DOW was the reason. Maybe the latest rumor that they will have another meeting to discuss the failure of the EFSF and how to bolster that program this evening was it? Who knows? I'm sure CNBS will come out with some valid reason soon.

On to the news today -

Speaking of CNBS - maybe this lovely reporter was using this high impact analysis as an audition tape for a spot on the Fast Money show or as a sidekick to Cramer - Why Invest In Gold When One Has The Safety Of The Dollar? A Pretty TV Reporter Explains | ZeroHedge. Folks this is a classic example of how mislead the public is when it comes to news reporting. One can only wonder the percentage of the sheeple that actually believes this bullshit report.

Should we be looking for a democratic challenger or even a new front runner other than the Obummernator? (I still find it rather astounding that this nation would even consider reelecting him.) Well, if this former Clinton adviser is right (and lord we hope he is) start the speculation games now! Fmr. Clinton Adviser: 'Very Possible' Obama Will Bow Out of Presidential Race - For Now | CNSnews.com

Since things are so "fair" already when the banking sector deals with the people BofA decided to test the waters of segregation. They will be forcing their lower tier clients to pay up for the privileged of using debit cards from what I see. "Customers with lower-tiered accounts, including the firm’s online-banking option, may start getting assessed the fee for debit-card purchases in January, said Anne Pace, a Bank of America spokeswoman. Users won’t be charged for cash-machine withdrawals, and clients with premium accounts including those linked to the Merrill Lynch brokerage aren’t affected, she said." BofA to Add Monthly Fee to Some Debit Users - Bloomberg. Now that's fair and right in line with what this nation needs right now. They have wiped out the taxpayer bailing them out, so now they have to start fleecing their "lower tier" account holders. Nice! Wait a minute, this is not what the president would do, he'd be going after the account holders over $250k. Ahhhh, I get it, there are not any of those left at BofA.

Well worth the time to watch it - Meltdown Part 1: "The Men Who Crashed The World" | ZeroHedge. The only gbad part is that parts 2 thru 4 are not around. Kinda leaves you hanging at the end. Never mind, we all know how the movie ends.

Want to help out the post office and give the unemployed a reason to smile at the same time? (now that is a plan far better than anyone in the administration has come up with so far) Try sending a greeting card an unemployed friend! Hallmark Now Selling Unemployment Sympathy Cards « CBS Dallas / Fort Worth

OK, back when I started blogging I stated that this would all end in massive global default. The longer this thing drags out it seems like the analysts and economists are finally warming up to that idea (and many of the things I prognosticated years ago). "The facts which state that the only way to resolve the massive debt load is through a global coordinated debt restructuring (which would, among other things, push all global banks into bankruptcy) which, when all is said and done, will have to be funded by the world's financial asset holders: the middle-and upper-class, which, if BCS is right, have a ~30% one-time tax on all their assets to look forward to as the great mean reversion finally arrives and the world is set back on a viable path." The "Muddle Through" Has Failed: BCG Says "There May Be Only Painful Ways Out Of The Crisis" | ZeroHedge

Police state news of the day - you need to be concerned as there was one of these in Denver a few weeks ago - "On the grounds of RFK Stadium, members of the Metropolitan Police Department, D.C. Fire and EMS and the D.C. Department of Human Services were on hand to perform various drills in order to coordinate and execute emergency operations, gathering data to refine the city's procedures in the event of a real emergency." D.C. tests disaster planning in city-wide drill - WTOP.com. Yeah, it is a drill all right. A drill to train them to use stadiums as holding facilities for when the real riots start.

SPX 60m - Same chart I have been toying with for a few days now - Funny where the markets stopped this afternoon and reversed. 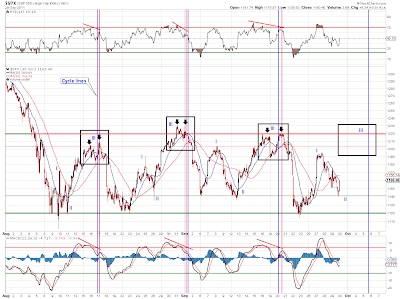 Minis - the orange channel I showed the morning worked dramatically well this afternoon. I would expect the upper channel diagonal to give way overnight. Dig those last 4 green candles - and try not to laugh. 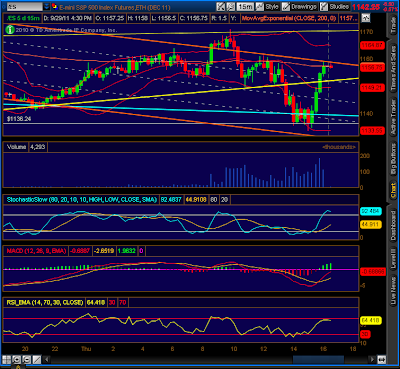