Minis have recovered 14 points off Friday's lows and have returned to that LT 50% diagonal I have been showing for some time now. Massive divergence on the MACD that is  flattening on a 4hr chart none the less. 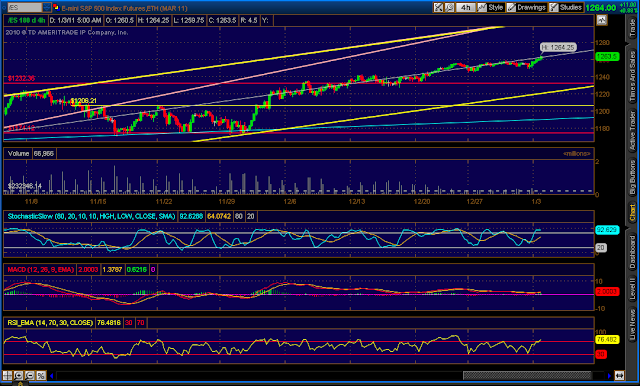 This SPX 30m chart will show a possible triangle breakout after the open this morning. 1266 would be the target. 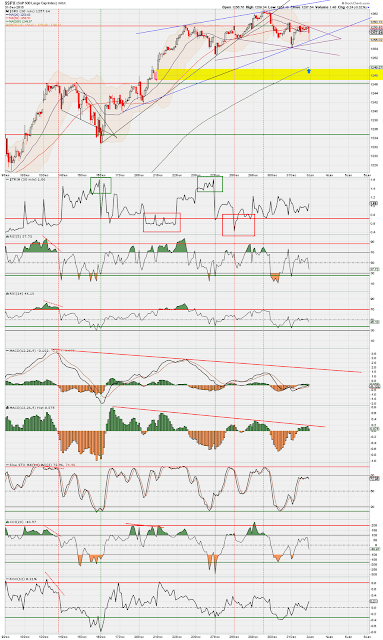 This daily SPX chart says that any run up from here should be short lived. 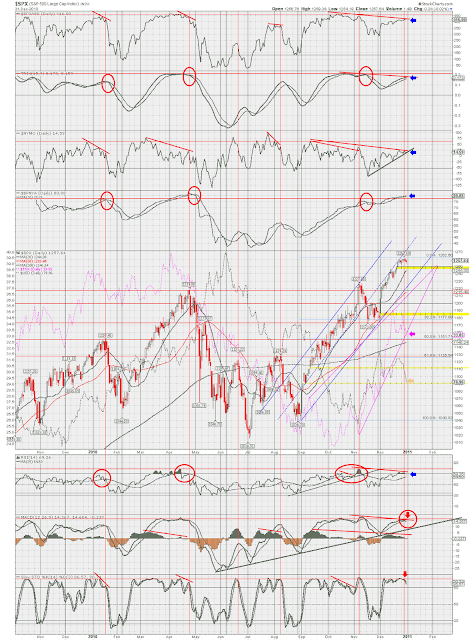 The dollar is simply consolidating at this point. 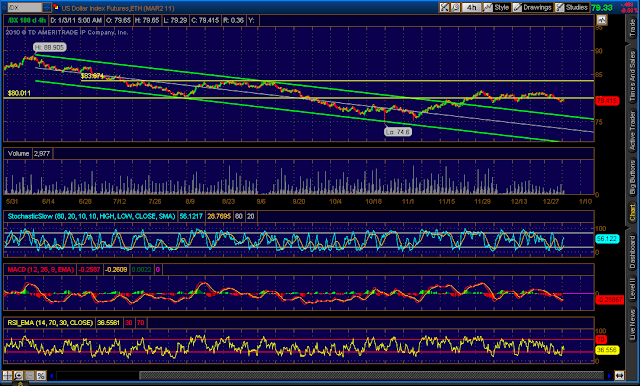 SPX priced in gold or silver shows where it should be headed eventually.

Heavy POMO day today then two light days and Thurs and Fri will be heavy again. Earnings season kicks off on the 10th with AA. This will be a major market driver in either direction as speculation and fraud persevere. More speculation from me on this as earnings gets closer. After updating some of the charts last night, all I can say is that markets are severely overbought. We've seen improbable runs from these levels before and must anticipate them again as the Fed and POMO are in control.

POMO Schedule - We'll most likely have POMO from now to infinity or till the systemic failure that is destined to come.

Shanky's Dark Side - Where I call all the intraday action and throw out tons of charts.

Pivot Points -  For what they are worth in this busted market


Counts are all over the place. I can not discount those that have this counting as a finished major. I and not discount those that see the markets moving higher either and speculate they are more than likely correct. You have to roll with the Fed. It is that simple. Let's keep an eye out for a market that struggles to really move up from here.