It's been a while since I have given a quarterly earnings primer/rant. It's been a while cause I figured you know the drill and really don't need to hear it for the 23rd time from me. This from ZH highlights my basic rant perfectly -

"Alcoa did what it always does following the now traditional several weeks of guidedowns heading into the earnings release that until recently used to kick off the earnings season for the Dow Jones Industrial Average (at least until Alcoa was unceremoniously kicked out): it beat, and beat significantly, with Wall Street expecting $0.27 in Q4 EPS, Alcoa reported a whopping $0.33, a material beat to expectations."

It's the same quarter after quarter, guide down and down and down into QE where there is never any penalty for doing so in an an always rising market, lower the hurdle where the beat becomes simple or excitingly extravagant in AA's case this quarter. Then add the GAAP crookedness they started allowing after the crash in '09 and you get an earnings season full of (only positive but not real) surprises.

Ya think that's bad, the banks take this strategy and add two or three more twists to the trickeration just to make things even more interesting. (Try this flashback on for size.)

I hate TA and calling the market for the next month. Unpredictable is the best word I can think of, at least till AAPL announces (which can hold up a complete index simply on speculation no matter how bad the numbers are for the rest). How do you handicap something like AA or the thousands of similar stories to come? A beat for the CNBS talking heads to tout to the sheeple, but when the veil is pulled back you get this really nasty look at reality. But when in the last 5 years has reality mattered?

On to the lie-

Monthly SPX - Take a step back and really look at the big picture. This is the edge of the cliff. With my weekly chart having blown through all the TA signals for a top (to which it timed a rather large fall that really should have been it) - this is all there is left. 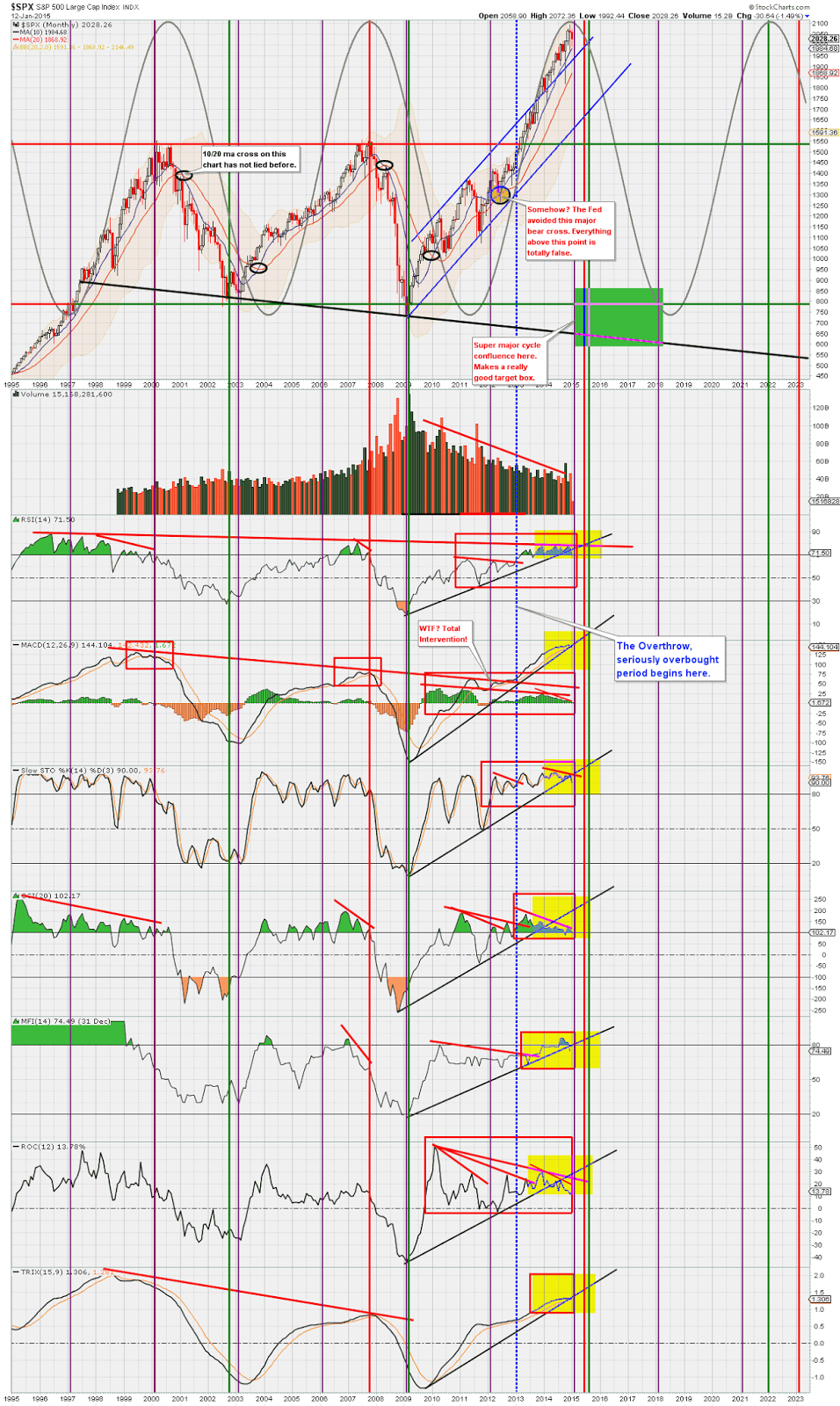