Reporting from the Midwest STB remote office, so this week should be a bit light in participation from me, but you will get posts with updated charts and if something blows up, I should be able to be here. STB travel crash alert is in full force. If this is to occur I assume it would be after the 4th not before when most are not paying attention. The oddest things tend to happen when I'm out of the office. The worst was when I was in paradise reporting and trying to trade the '10 crash from Honolulu. That sucked.

The three things that you need to know are 1) Inc and Mrs Inc are now the proud parents of a bouncing baby boy. 2) You must take a look at the compiled a comprehensive list of actions that have taken place since Obama took Office listed in this post. 3) KD and others hit on this in the OWP, get ready for the race wars as the Trayvon case is being promoted by the MSM as the final straw to divide this nation.

Charts are from Sunday night so the minis may be a bit stale.

Minis daily - for a larger perspective. We're dealing with a major break of long term support. Most know I am addicted to the backtest. Although not necessary, I am always cautious of it and a believer that this is the best point to enter larger short positions. 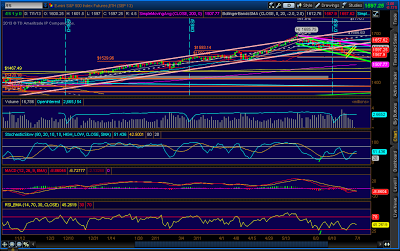 Minis 4hr - Last week I was discussing a potential STB point near 1635 where pink NT resistance meets the backtest of the busted LT channel support. This spot happens early this week before the holiday. Green channel resistance has come back in play as the NT rising yellow channel support gave way (surprisingly) late Friday. 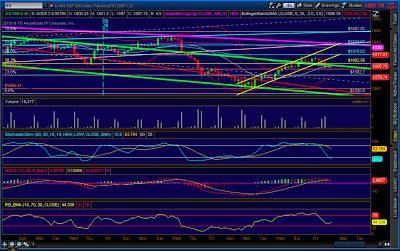 Minis 60m - 08 marked a perfect ABC and the 03 area was my first major resistance target. They cracked a bit but the bears have made a stand thus far in this area. Here you can see the upper green channel resistance and the fibs that are in play. That's a pretty large hole down to first support at 1572. When they ramp things they tend to leave massive support less areas. So, if thru the round number and 95 then look for a move to 72, I'll note green channel support is all the way down near 50. A 20/50 bear cross should happen this morning here. Those are never good when turning at resistance. 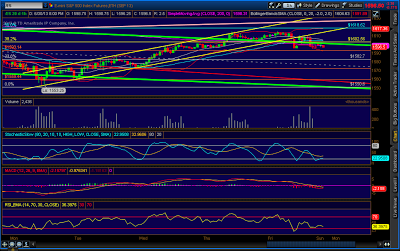 SPX 60m - The gap above looms in every bear's mind. To get there bully has to take out both the 20 and 50dma's which just bear crossed. 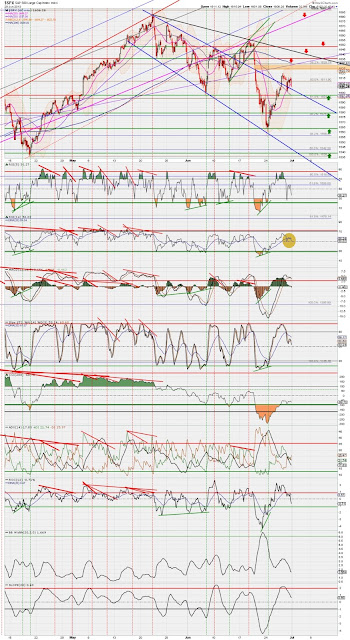 Should be a quiet week, but that can be scary as well. They love to do things while no one is looking or is distracted. Be on the look out for some shady action. I'd be surprised to see any serious downside action going into the 4th, but after that we need to be on full alert. Follow the news. It still drives price action. The central planners are losing control and are getting more desperate than ever. News is horrible all around. We're closing in on the end of this elitist nightmare.