How much sense does it make for the markets to be up again this morning? I guess that all depends on which alternate reality or parallel universe you choose to live in. Plain and simple, you have chosen the proper place if the Fed has promised to print forever and the government is about to cap off its decimation of you personal rights. For the rest of us that have chosen to remain in the stark cold past where dreams remain that truth and fundamentals could still matter, GFL.

Where are we now? Is there more to it than just letting the SPX hit its all time highs? Who knows? Technically at this time that is about the only marker left, and  once the dogs get the scent of their prey (especially with an $85 billion per month tail wind - 4eva) they wont lose the scent. They will ultimately take over their target. I'd seriously doubt that the SPX will be the only index left out when in the past it was the high water mark everyone wanted to beat.

I don't think this is the time to rush to judgments or top calls quite yet. Don't get me wrong, this market could top at any moment. It has clearly been overbought for months. Based on every economic aspect price does not deserve its lofty place.

We all know what's going down. The banksters and elite crony capitalists have taken control of the country. Blackmail, robbery or rape are all great words to use to describe what's going down right now. The government is obviously preparing for the worst to come. I honestly apologize and hate to say this over and over again, but we've reached the point where there is nothing that will stop the unregulated corruption and greed ruling the global financial scene.

There is no amount of analysis or chart trickery left that can predict when and where. Don't get me wrong, the charts will eventually get it right and are now pointing to the end and the great fall. The price and charts never lie. Sure the markets appear to like to top in April, and I think the set up for March is drastic but none of that matters. When the Fed used to pull liquidity it was easy to forecast the major turns, but with the Fed now incapable of pulling the rug for risk of losing it all, that crutch is now gone.

Patience and prepare is the new mantra for STB. We've progressed from follow the Fed to scalp and run, and now we're simply in a period where we must wait for their policies to eventually destroy the system from the inside. A catalyst will come that will turn the markets. Let it come to you. They will trip over one of their own land mines sooner than later, but until then you are living in their world. Get used to it.

SPX 60m - Let 'em get their top and then the market should turn. 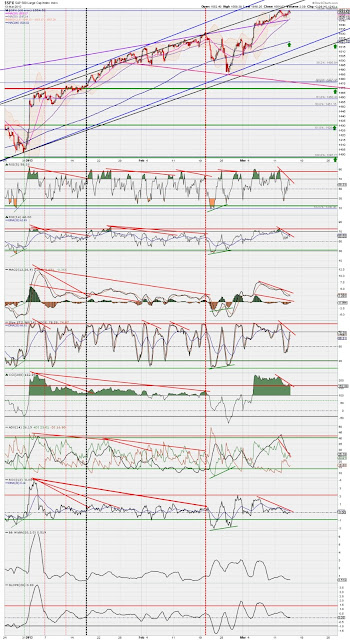 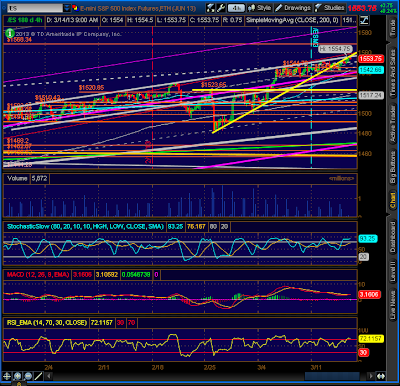 Minis 60m - That orange line at the top is the all time high for the minis. Here you can clearly see all the NT support and resistance points. 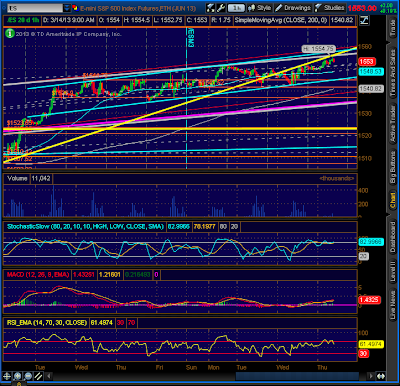 As usual more charts and news to come below. I'd like to invite any lurkers or noobs to join the conversation below. Jump in and share links, charts or ask questions. Go for it. It is easy and to me it was the best way to learn.

Don't for get that I will be doing my 4th annual STB NCAA Tournament Challenge. I'll get the sign up info to you soon. Of course I fully expect all of you to enter whether you have interest or not.